About Jo Roderick (What you don’t want to know)

Jo Roderick was born once upon a time, a long, long time ago — well, 1969 to be precise — in Moçambique. That would be on the East Coast — of Southern Africa.

Soon thereafter, there was an ugly revolt and people were rather unpleasant to one another! The family suddenly found itself with refugee status and making a mad dash for the South African border. This was necessary in order to secure the safety of their collective necks.

Jo’s home language is Portuguese but English is not far behind as a second language. There is also brief mention of a third language. It is an official South African language largely based on Dutch. He learnt Afrikaans at school, but people tend to laugh at his accent.

Being a keen observer of life, and especially the people that inhabit his own, Jo began to analyse the world. Soon he found that even when his own life made little sense, others came to him for advice and motivation. Years later this has been captured his writing. His simple yes or no approach to life has helped to resolve many unnecessary grey areas for people in need of clarity.

He did study architecture at a young age although that hardly prepared him for good penmanship. He did, however, learn that one should always explain things as clearly as possible to one’s clients. That has carried over into his writing along with his attention to detail. He is an annoying perfectionist!

After moving around South Africa during the course of his life, he has finally settled Cape Town, which is as far South as one can go on the Continent of Africa! Jo maintains that if you squint — or use a long telephoto lens — you can actually see the South Pole! He encourages everyone to rush down to Cape Point en masse to see for themselves!

Jo leads a fairly quiet life and when the wind abates he is an ear away from the ocean. Not that he can see it mind you, but he finds the sounds soothing at night while not sleeping and writing his next book.

He is a member of several architectural groups but … well, he felt it would bore everyone so it has been omitted. He is willing to reconsider if anyone would like their house personally designed of course!

An avid photographer since the age of 7 or 8, he can often be seen out in the landscape with a large tripod and assorted photographic paraphernalia. He is easy to spot as he dons a large ugly hat to stay out of the African sun.

Jo Roderick is an approachable person with a keen sense of humour and is not averse to self-deprecating wittiness for the sake of making a point. He does not byte via email and will make every attempt possible to respond to earnest electronic correspondence. 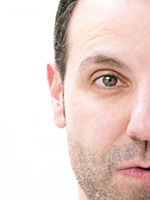